The crowd cheers. Roses are thrown. Bows are taken. That’s how Music Hall actors hope to end a night. Music Hall in the late 1800s was a hugely popular pastime for the working classes. Shows consisted of singers, circus acts, comedians, actors, and anything that can entertain. It was a great industry to work in if you had the right talents and knew the right people. But if you messed up, it wasn’t roses that were thrown. Insults, rude names and sometimes food and drink were thrown instead.

But, what has Music Hall got to do with film history?

Film and Music Hall went hand in hand in the early days. Theatre show-runners began to screen movies between acts, often as a way to thrill audiences while the stage was set up. Film was a novelty in the late part of the 1800s, and was considered to be almost magic.

Music Hall actors weren’t convinced. Many actors considered film to be a step down from the glamour of the theatre. Some early film actors hid their film appearances as they feared it could ruin their careers. Yet, there was money to be made. For a struggling actor, making a film was better than the alternative: The dreaded workhouse.

Music Hall became the proving ground for many film greats. Charlie Chaplin and Stan Laurel both started out in Music Halls in the UK. Actors perfected the “fine art of pantomime” on the stage. Actors had to perform to huge rooms, and so would exaggerate their movements so people at the back could read their body language. These skills were incredibly useful when it came to shaping acting in silent films. Films were often made by businessmen chasing a quick buck. They knew nothing about acting and movie making. Some experienced actors would often lend suggestions. Mary Pickford was famous for doing this.

If you had talent, it was a fantastic career choice. Music Hall performers worked far fewer hours on average for far more money. Some actors could even perform at up to five theatres in one night. 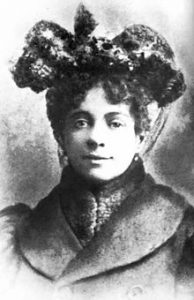 The working conditions were far better than in other career choices. A warm, well-lit theatres or a cold, dangerous mine shaft? What would you choose?

It wasn’t all a perfect showbiz dream though. Typically, the audiences were drunk and rowdy. This meant that you had to have a ballsy personality to control the crowd and get them to focus. The first sign of weakness or a mistake, and the audience would rip a performer to shreds.

Hannah Chaplin was a popular music hall star of the late 1800s. Hannah was a reportedly a big fan of Lillie Langtry, and her stage name, Lily Harley, is thought to be a tribute.  In Paul Merton’s book “Silent Clowns”, he puts her peak weekly wage at around £25 a week.

She was married to another music hall star, Charles Chaplin. They later had a son, Charlie. Hannah and her husband were well known and popular performers on the circuit.  She was, by all accounts, a good performer. But while her husband’s career went from strength to strength, her’s did not progress in the way she hoped.

Hannah continued to perform despite her health declining, including trouble with her voice. In 1884, her voice cracked during a performance. The audience went to town, jeering and heckling Hannah as she tried to complete the song. Her son, Charlie, ran onto the stage in her place. He began a comedic routine which mocked his mother and managed to bring the crowd back under control. He was five years old at the time. Hannah’s career never recovered.

Charles Chaplin became a victim of his own fame. Most Music Hall venues had bars which were very popular with audiences. Many stars would hang around in the bars after the show to meet fans and be bought a lot of drinks by appreciative members of the audience. Many stars struggled with alcoholism, due to the excessive drinking at these theatres, before and after the shows. Charles Chaplin was one of those stars. His alcohol addiction caused a rift in his marriage with Hannah, and the pair separated. He died of liver problems at the age of 37.

What Happened to Music Hall?

Music Hall had its first rocky period during film’s rise in popularity. The 1910s saw alcohol banned in many establishments. This hit Music Halls hard, especially as drinks were a huge income stream for theatres. Music Hall did survive the initial wave of cinema. By the 1940s, it was still a great source of entertainment, especially during World War II. It was still a great way for young stars to start their careers and transition into film and theatre. Music Hall really began to decline around the 1950s and 1960s when TV sets were much more accessible. Music Hall still has its place in entertainment as its spirit still survives in shows like “Sunday night at the Palladium”.

*Disclaimer: I am an Amazon Affiliate, so if you click the link above and purchase from Amazon, I will get a small commission at no extra cost to you. Learn more.