Glossary Of Film Terms For A-Level, College, University And More 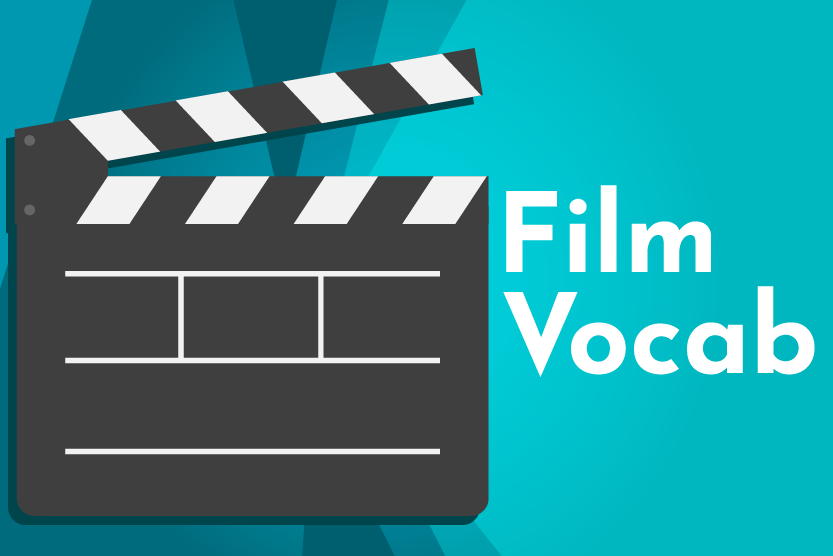 Studying film in formal education is a fantastic way to learn analytical skills and gaining insight into one of the biggest global industries. It’s also a fantastic hobby for film enthusiasts.

Speaking the right language is the foundation to understanding film at a deeper level. Plus it doesn’t hurt to add to your vocabulary!!

We’re putting together a list of Film Keywords to help you build up your film vocab. This is an on-going project, so keep checking back! We’re also working on slide decks and Anki Cards, so if you want to help us with these, please get in touch.

Academy Award – A prestigious award presented by The Academy Of Motion Picture Arts And Sciences. The awards are often referred to as the Oscars.

Accelerated Motion – Also Known as Fast Forward. This is where action appears much faster than usual. This can be achieved by filming at a faster frame rate or speeding up the film in post-production. It’s the opposite of slow motion.

Actual Sound/ Diegetic Sound – Sound or music that appears within the environment of the film. These sounds or music would be heard by a character within the universe of the film. Actual sound includes music coming from speakers, dialogue spoken by characters or sound effects from props. This can include sounds put on in post-production. The key is that a character in the universe might hear this sound. It is the opposite of Non-Diegetic Sound.

Aerial Shot – A shot filmed from above, usually from a helicopter, aeroplane or drone.

Arc Shot – A shot which circles or arcs around a subject

Back Lighting – Where the main light source is positioned behind the characters or other items to create a silhouette.

Back Projection – Use of projection behind the action, either to show a setting or memory.

Big Closeup – And incredibly tight close up, such as around an eye or showing fangs in a vampire’s mouth. The term “Big Close Up” tends to only be used with human, animal or monster/alien subjects.

Blocking – Movements performed by an actor in the scene

Bridging Shot – A shot used to show a jump in time, setting or other break in continuity.

Captions – Words written to add context to a scene, such as telling the viewer where a scene is taking place or to translate foreign languages.

Cheat Shot – A shot which deliberately excludes a piece of information, such as a bad guy hiding out of shot. Pre-CGI, Cheat shots were used to hide safety provisions or technical effect equipment, such as safety nets.

Close up – a camera shot that is close to the object, such as a face, or item on a desk.

Commentative Sound / Non-Diegetic sound – Added sound that the characters in the universe of the film would not be able to hear, such as a soundtrack or narration.

Composition – The arrangement of things in the shot.

Crane Shot – A Camera attached to a long arm, which can create smooth, swooping movements. Often used for establishing shots.

Deep Focus – A type of camera focus where everything in the distance is not blurred.

Depth Of Field – How much of the shot is in focus or out of focus.

Director – The artistic and technical co-ordinator on the project. They ensure their vision of the project is delivered.

Director of Photography (D.P.) – Supervises artistic decisions on set. This usually surrounds decisions on lighting, lenses, filters, colour, camera set-ups, the camera crew, and the processing of the film. They must work alongside the director to ensure the director’s aesthetic plans are followed.

Dissolve/Cross Disolve – A transition between two shots here the shot fades in or out.

Dolly Shot – a camera stand on wheels which moves along a track. Often used for following characters or objects moving in the same direction.

Editing – Combining various shots together. This often creates a narrative.

Establishing Shot – A shot near the beginning of a scene to establish the setting and the characters within it. Establishing shots usually take the form on long shots, and can be crane shots.

Eye-Level Shot – Where the camera stays at eye-level to the action. This is often used as point-of-view shot, but can also draw the audience into the action as though they are there.

Fade In – A transition where the scene fades into view.

Flashback – A jump back in time, usually to a character’s memory. Flashbacks help to fill in information in a narrative or reveal new information which affects the current timeline.

High-angle shot – Where the camera is placed above the action

Jump Cut – A cut from one scene to another, completely different shot.

Long Shot – A wider shot where the whole subject is visible

Low Angle Shots – Where the camera is placed lower than the action.

Medium Shot – A shot where the subject appears half framed.

Mise-en-scene – Everything in the frame, how it’s positioned and what it means to the scene.

Montage –  A collection of two or more shots that occur simultaneously

Over the Shoulder Shot – Where the camera points over the shoulder of a character, often to see a reaction or what they are seeing.

Point of View Shot – Where the camera is positioned to see what a character sees.

Slow Motion – Action presented as slower than it actually occurred. It is the opposite to Accelerated movement.

Tracking Shot – A shot taken with a tracking camera, similar to a Dolly.