Welcome to The Cinema History Blog!

The Cinema History Blog’s mission is to help audiences fall back in love with old films and movie stars. We post every Monday about all things film, from the pioneers of the early silent age, the daring nature of the Jazz age, the effortless glamour of the 1950s. From big named stars like Marilyn Monroe and Charlie Chaplin, down to the tiniest independent films. We will look at the context behind the films and the stories surround production. In the film industry there’s always drama.

You can learn a lot from old films. Storylines, costumes and scenarios reflect opinions of the era, even if the filmmaker doesn’t realise it. Then there’s the technical aspect of it. The cameras, editing techniques, film theories, storytelling aspects. Sometimes, films can be historically accurate, too. By diving into these films, we can tell the story of the people that worked on them.

We would love for you to join us on our social media channels: 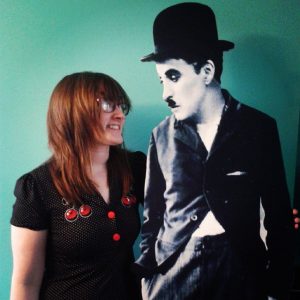 Lydia is a Cinema History geek from London, England. She spends a lot of time reading and learning new things, and decided to channel it into something vaguely useful. Her love of old films began with a documentary called Paul Merton’s Silent Clowns. Chaplin, Keaton, and Lloyd captured her imagination, and she frantically started to learn more.
After boring all her friends with endless film facts, one of them suggested she write it down instead. So..here we are.