9 Facts You Should Know About Marilyn Monroe 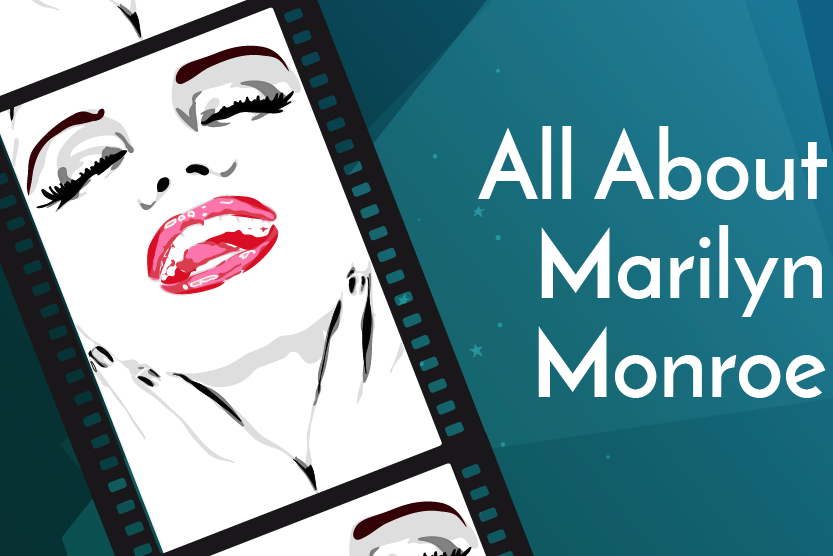 The 1st of June marks Marilyn Monroe’s Birthday. The tragic star appeared in 29 films and won 10 awards over the span of her career. She died in 1962, aged just 36. She’s immortalised today as an iconic face of the 1950s, and as a famous sex symbol. Here are 10 facts you need to read about Marilyn Monroe, which show she’s more than just an image

1. She worked hard to improve her acting

Marilyn’s dedication to her craft often gets overlooked. She used her breaks from filming to study acting, favouring the Actors Studio in NYC. She longed for respect in the industry, rather than seen as just a “Sex Symbol”. Her acting coach Paula Strasberg, would always be on set to discuss her acting between takes. But, her inability to memorise lines didn’t help her reputation.

2. She was the second woman to head her own production agency.

In 1954, Marilyn Monroe founded her own production studio. The was the second female head of a production company. The first being Mary Pickford. She started Marilyn Monroe Productions, or MMP for short. She bought the rights to The Sleeping Prince after winning over the author. It became the company’s first independent release, under the name of The Prince and the Showgirl.

3 – She often refers to “Marilyn” in the third person.

She would switch between being “Marilyn Monroe” and being herself. She would even critique “Marilyn’s” films in the third person. Norma Jean was her real, shy, slightly introverted self. Marilyn Monroe was the big star everyone loved. She was once out and about with company. At that point, she considered herself Norma Jean. Just wanting to be normal and blend in. She got mobbed by a large group of fans. After they left, she reportedly said that she “felt like being Marilyn for a minute”

4. Her legal name was Marilyn Monroe

Although she was born Norma Jean, she legally changed her name in March 1956. By this point, she was becoming a well-known star and had just resigned with Fox for $100,000 a movie.

5. Fox thought she was “unphotogenic”.

Despite a career as a model, Fox dropped Monroe in the late 1940s for being “unphotogenic”. She had been cast in a small role in a film called ‘Scudda-Hoo! Scudda-Hay!’. However, Fox didn’t like the way she looked on camera and cut her out of the film.

She had a huge personal library included around 430 books. At the time of her death, she was reading “To Kill a Mockingbird” and a book based on the life of Ralph Greenson, one of her psychiatrists.

7. She was a huge fan of Ella Fitzgerald.

Monroe helped her book the Mocambo club by promising the nightclub owner to she would be in the front row every night. The official line was Fitzgerald wasn’t “glamorous” enough to perform at the club. There is a long-held rumour that the decision was race-related, which seems likely. It should also be noted Eartha Kitt had played at the club before. Anyway, Monroe stuck to her word and turned up at a front row table. She generated huge press for the club and Fitzgerald.

8. Fox didn’t believe she could sing

Fox producer Darryl F. Zanuck refused to believe Monroe was singing in Gentleman’s Preferred Blondes. When she heard his remarks, she headed straight to his office. She sang “Diamonds are a Girl’s Best Friend” in front of him to prove him wrong.

9. In her will, she left a large part of her estate to charity.

After she died, she left part of her estate to her psychiatrist, Dr Marianna Kris. Monroe requested that the money went towards helping “psychiatric institutions”. In the 1980s, Kris passed her part of the estate to The Anna Freud Centre in Hampstead, England. The centre helps children with mental health issues.

All about All About Eve by Sam Staggs *Affiliate Link – Disclaimer*