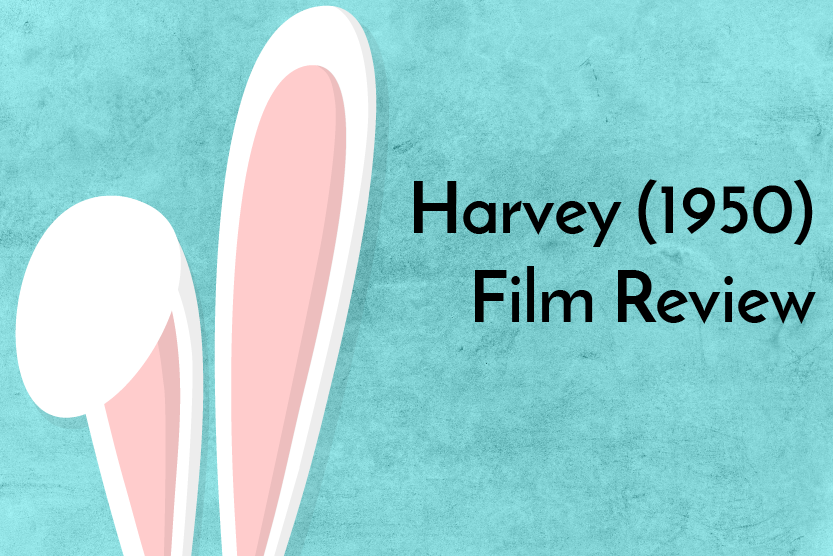 It can be pretty hard to act when your co-star is invisible. Somehow James Stewart makes it work. Harvey is, and always will be, my favourite film, based solely on Stewart’s acting. 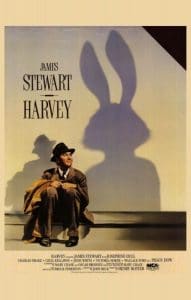 Stewart plays Elwood P. Dowd, a friendly and awkward man who’s best friend is a 6 foot, three and a half inch tall rabbit. Harvey is also invisible. Elwood and Harvey’s friendship seems harmless, but Elwood’s sister, Veta, thinks otherwise. News of her brother’s friend, and the amount of time he spends in pubs, spread through the town. Veta believes her reputation and her daughter’s chance of a suitable marriage are on the rocks. Veta plans a way to be rid of Harvey once and for all, but lands herself in trouble, instead.

We never see Harvey during the film. Stewart acts to seemingly empty space. But while it sounds silly, Stewart’s plays the part with empathy and understatement. Through the way Stewart acts, you believe Harvey is there. It doesn’t take as long as you would think to suspend disbelief. The film descends into chaos, but Harvey and Elwood show the most stability and happiness.

My only negative with the film is the farcical bits in the middle are a little too hectic. The pace is a little too fast, and the acting is a bit unpolished. However, the calm and laid back Elwood brings the film back down to earth. While all is kicking off with Veta, Elwood is looking for Harvey. The sadness and hope in Elwood’s eyes while his friend is AWOL puts you onto Elwood’s side.

The film gives a fascinating look into the life of a man who is actually far saner and happier than those who followed the rules of society. Harvey is a feel-good film which always leaves you smiling. Plus, it’s a brilliant reminder of how talented James Stewart is.

Watch the film
(Affiliate links below)